Carpe Diem: you only live once! 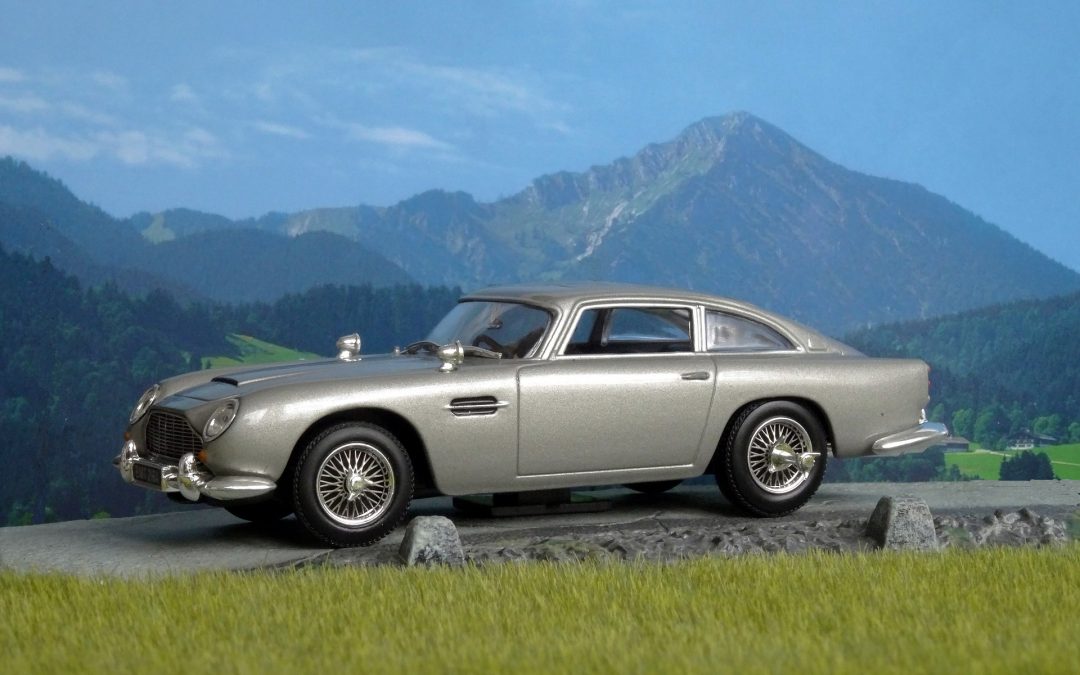 I don’t think that there’s anyone in the world of film and cinema goers whose life has not been touched by James Bond; like him or loath him it’s a very successful film franchise. The Aston Martin and the License to kill and he had no issue with Carpe Diem! 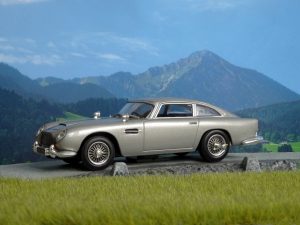 You Only Live Twice is the fifth James Bond movie. For those of you not familiar with the film, during the Cold War American and Russian spacecrafts go missing. Naturally each blames the other! Plus ca change I hear you say. As the world teeters on the edge of nuclear war, British intelligence discover that one of the spacecraft has landed in the Sea of Japan. After faking his own death, secret agent James Bond (007) is sent to investigate.That’s why if you follow me on Twitter you will often see me tweet unless you are 007 you only live once!

So what does that mean?

For the moment put away my desire to be a Bond girl from a very early age! There are several Bond girls that I would love to play but clearly not on the casting couch radar. Me too had not even come into common parlance. Imagine wearing the amount makeup worn by Jane Seymour in Live and Let Die! Indeed all the Bond girls are beautifully painted but Solitaire put me in James Bond and Makeup Heaven.

It’s a truism that you only live once and that frames my take on life. Do something because you want to and try to shed any limiting beliefs. Without getting too deep, whether you think you can or you can’t you are right!

Society and the establishment breed conformity into our lives. Conformity, subtle or sometimes not so subtle social engineering,changes beliefs or behaviors. Simple pressure of social norms, peer pressure and the desire to follow the majority view or simply fit in drive how we behave and what we do!

From an early age you are encouraged to “do the right thing”  and do nothing to disturb the status quo and no not the band! So why did I not conform? who knows: but the need to conform tears so many young people apart. Dare yourself to be different.

Why did I jump out of a perfectly serviceable aircraft strapped to another man at 15,000 feet over Australia only I will know! It’s scary, a long way down and a major rush of adrenalin but I did so because I wanted to and it excited me. It was unlikely that I would return to Australia so carpe diem: seize the moment. That I ached all over for days and was knackered (not dissimilar to a visit to Hampshire) was irrelevant.

But that wasn’t Hannah!

True Hannah did not jump out the aircraft. Yes it would be fun to parachute in high heels and hair and heavy makeup though a tad impractical! But here’s the thing, the underlying values of her alter ego and Hannah run side by side. Life throws us curve balls and how we deal with them decides our fate but also our outlook determines how we deal with those curve balls.

I always say that you need the bad ones to enjoy the good ones. Trust me I’ve had a few challenges this year and a big tragedy as my darling sister in law lost her brave fight against cancer. That was the second of my generation to lose to the big C and it really brings it home that you only get one crack at this. So seize the day.

Enjoy life. Have fun and do something that scares you every week or even every day. So yes Hannah’s alter ego has fun being a mad fan of sport and the odd beer and fast cars. Hannah however is the conduit to even more and trust me she gets Carpe Diem or seize the day!.

Who would have thought when that desire to be different first awoke in me all those years ago what I’d get up to. 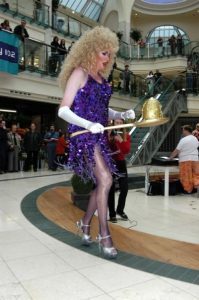 An egg and spoon race in drag in a Manchester shopping mall. Entering Miss Alternative London (didn’t even trouble the scorers!). Drag singing competitions. Going to sea with a Lieutenant Commander (OK in civvies but Hannah won the auction at a fund raising ball). 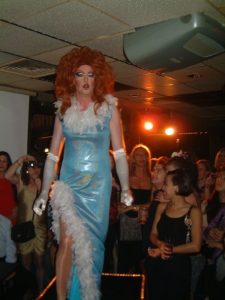 Skin Two Balls Rubber Cult Balls. Visiting Brooklands dressed as a doll! Photo shoots in London. The whole world of BDSM.Going out in Sydney, dressed as a girl (DRAG) alone and having a riot of an evening. The list is endless and I’ll share some stories with you. Some not without their challenges. Having a wig ripped off by some drunken twat is no fun!!

Now for a moment I’m not suggesting that you should give these things a crack. Though you never know you might enjoy the fun! Like me though, you will see life really is too short. No one knows what’s around the corner and life can be cut off at any time. 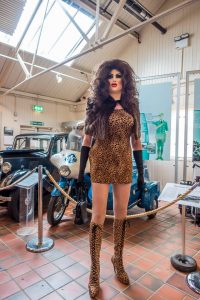 So my request today is don’t be a BMW! Yes they are great cars but I’m talking bitchers, moaners and whingers. Don’t moan about life: take action. If you don’t want to conform don’t! We are all Masters of our own ship so use that to your benefit to enjoy life to the full.

Carpe Diem for unless you are James Bond you only live once.